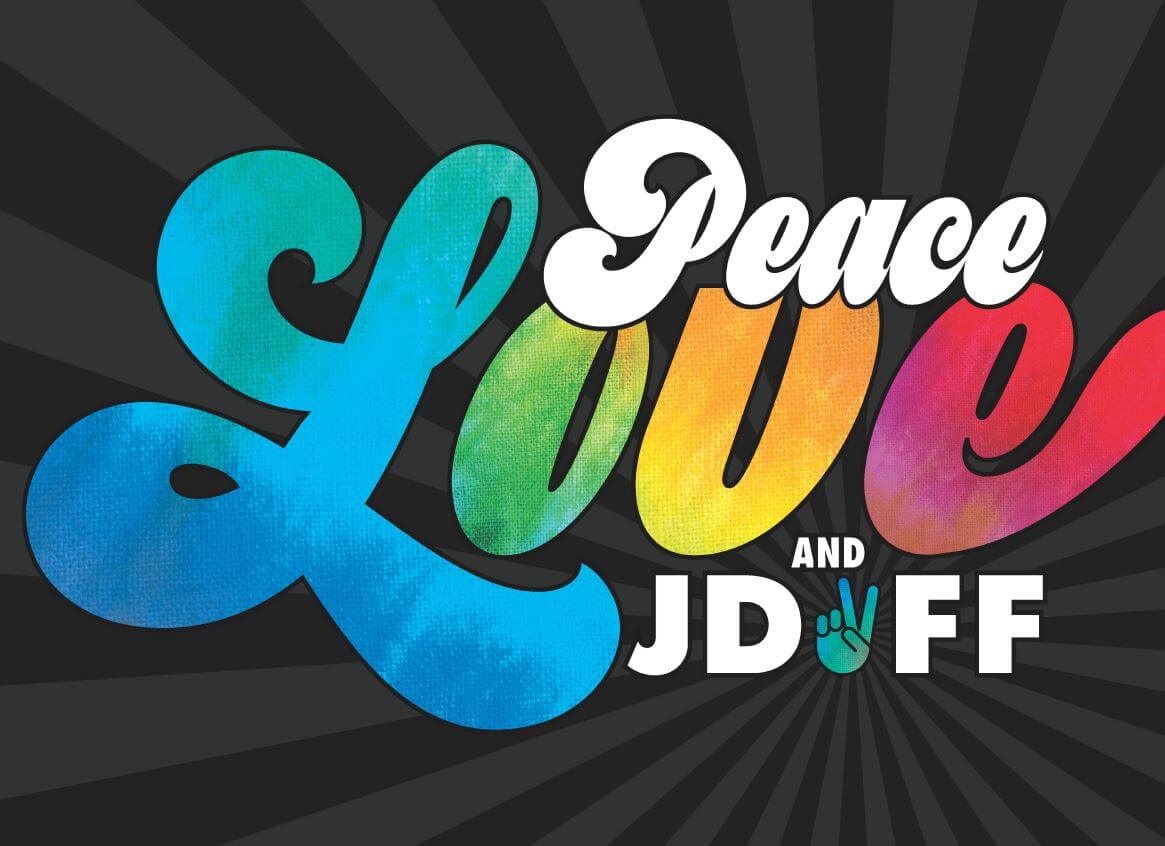 “Peace, Love & JDIFF,” a nod to the late 1960s and early 1970s, is set for Saturday, Feb. 8. The fourth annual event will be held at a new venue this year, the Hotel Julien Dubuque Grande Ballroom.

It will feature a silent and live auction, as well as a plated dinner. Cocktail hour will be from 6 to 7 p.m., and dinner begins at 7. The suggested attire is funky, colorful, and fun – reminiscent of Woodstock era.

“Who says fundraising events have to be stuffy and formal?” said Susan Gorrell, executive director of the Julien Dubuque International Film Festival. “We want this event to capture the spirit of the festival itself: casual, unexpected, and flat-out fun. Bust out those tie-dye shirts and bell bottoms – I’ll see you there!”

Tickets are $100 per person and $750 per table of eight. Proceeds directly support the Julien Dubuque International Film Festival, which is in its ninth year. Purchase tickets here.

Attendees will have the opportunity to bid on a wide variety of silent and live auction items, enjoy a sneak peek of the 2020 festival’s Official Selections, and rub elbows with this year’s VIP guest, Rob Belushi.

Belushi’s short film, Dylan, was a nominee at JDIFF 2018. He is known for numerous recurring roles on TV shows such as Ballers (HBO), Chicago PD (NBC), The Mentalist (CBS), and Agents of Shield (ABC), and is the host of Game Show Network’s Get A Clue, which premiered last month and has been signed for a second season.

Rob and his improv partner, Tim Stoltenberg, will perform an improv show at The Comedy Bar, 333 E. Tenth St. in Dubuque, following the gala at 10 p.m. Tickets are $20 each and can be purchased at ComedyBar.com or at the door.

“JDIFF is the reason we even discovered Dubuque”, says Sahar Chavoshi, of The Comedy Bar. “It was a film that starred Robert Belushi and was produced by Kyle Lane (Dylan) that introduced us to this great town back in 2018. We visited for a few days during the festival and knew immediately that we wanted to be a part of this community. It’s very exciting for us to be able to help raise funds for the festival and give back in any way we can.”

Up for auction at this year’s gala will be a wide variety of trips, experiences, art, and more.

A major offering this year will be a Colorado Escape package, which includes a five-day/five-night stay in a beautiful high mountain custom cedar chalet retreat located 60 miles west of Denver. The highest bidder will enjoy world class fishing in private waters in the nearby Blue River and mountain trail hiking in the Gorge Range out the front door. The home will accommodate three couples with two master bedrooms and an additional bedroom and bath. After a day of adventure, they can relax at one of the two fireplaces or in the outdoor hot tub.

Back again this year is the unique opportunity for some lucky child to be named the 2019 JDIFF Junior Reporter, joining Gorrell for radio interviews the week of the festival, recording a commercial for the festival’s Kid’s Day, interviewing red carpet guests on Awards Night, and more.

Other items include a whiskey and food pairing event, a Chicago weekend, landscaping classes, and more.

Voted one of the Top 25 Coolest Film Festivals in the World by MovieMaker Magazine, the ninth annual Julien Dubuque International Film Festival is set for April 22-26, in downtown Dubuque.